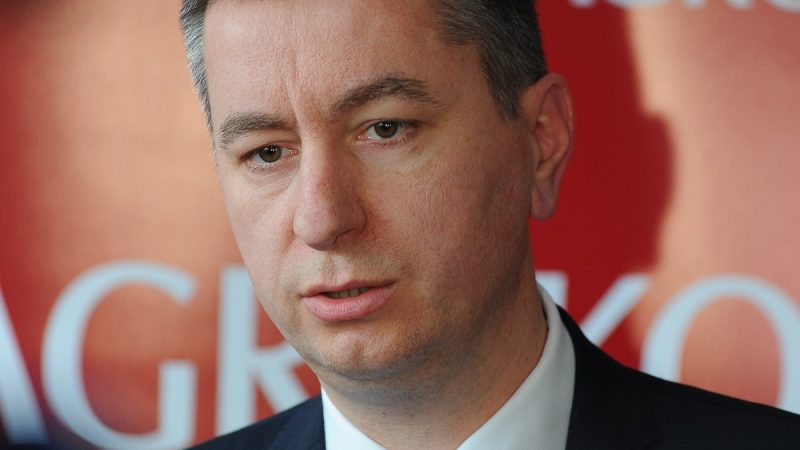 Fabris Peruško, Extraordinary commissioner for Agrokor gave a statement:
“Today, the settlement negotiations between the creditors are finally completed.

This week the Members of the Temporary Creditors’ Council and big creditors have discussed all the questions that were still opened and the talks were finished in a way that they have reached an agreement on the settlement.

Ahead of us now is the work on transferring these agreements into legally binding and feasible solutions.

The Extraordinary administration and advisors are now working on the final text of the settlement in order to submit it for approval to the Temporary Creditors’ Council as soon as possible.

Creditors’ representatives who have expressed their support to this agreement are all member of the Temporary Creditors’ Council and we can say that we have the support of creditors that is higher than the legally required two-third majority for approval of the settlement.

So we can say it colorful – “that the settlement train had left the station”.

Regarding a whole series of details related to future ownership, returns and the details of agreements with the suppliers and Sberbank, so far I can say the following:

In short, the suppliers will be paid for the border debt according to what was agreed before and a solution was found for suppliers with recourse financial bills of exchange.

Sberbank will not enter the refinancing loan, but will instead achieve certain returns in the future, related to profit from operational business of the new Agrokor, something like the suppliers for the border debt. Also, they will have an option to get shares in new Agrokor in exchange for their 18% share of Mercator.

Three companies stand in the way of the Settlement: Agram, Alca and Adris.
These three companies are challenging the guarantees or claims by other financial creditors and in doing so are making the process of reaching the settlement questionable, because they are keeping accepted claims by other creditors in realizing their ownership rights.

However, today during the day Mr. Dubravko Grgić, on behalf of Agram, expressed that he is ready to accept the agreement offered to him by the future owners of Agrokor. This agreement is yet to be signed by Agram and the future owners. But the expression of readiness by Mr. Grgić is a step forward in that direction.

At the moment talks with Alca representatives are ongoing led by my Deputy Irena Weber. Alca was also offered a fair and equitable solution for their problem with financial bills of exchange, in line with what most of the suppliers in similar situation find acceptable.

This means that the question of Adris, whose expectations regarding returns were significantly higher than what was acceptable to other creditors, remains opened. No new talks with this company were held today.
A great number of creditors had to accept big compromises and write-offs of their claims in order for the company to survive and continue working. To all of them, in the name of all Agrokor’s employees I send my thanks.
In the end, I can only express hope that Adris and all the creditors who still did not join the settlement, will support it in the end.”