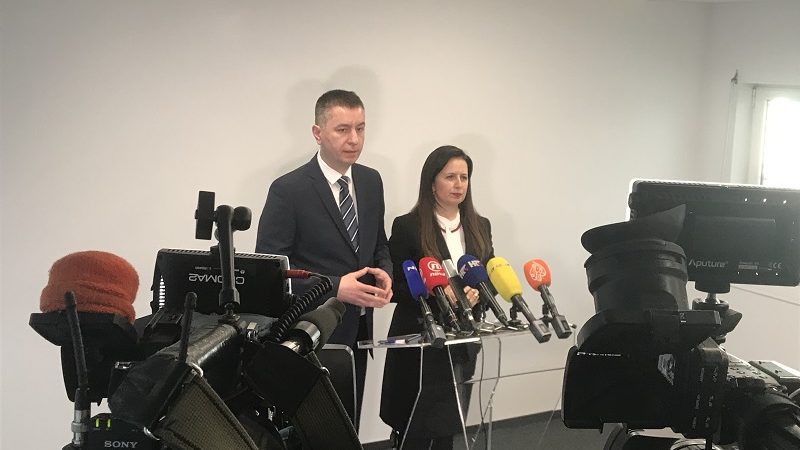 Following the aforesaid approval of the Commercial Court of Zagreb the transfer of the commercial entity under the Extraordinary Administration to the Fortenova Group will take place on April 1st 2019 and the new company will commence its operations.

A team of around 300 people worked on the preparation of the implementation plans.  In order to practically explain to all Agrokor employees the concepts of implementation and their roles in the process, a short animated movie is made available on the following link. At the same time, for the purpose of informing employees of the implementation process, an application called Aconnect has been developed for direct two-way internal communication with over 50,000 employees.

Fortenova Group is the new name of the company that will replace Agrokor d.d., to become operative on April 1st, 2019. With regards to the new corporate governance structure, the candidates proposed by the shareholders for the non-executive Members of the Board are: Daniel Boehi, Miodrag Borojević, Paul Foley, Kelly Griffith, Maksim Poletaev, Julian Michael Simmonds and Sergei Volk. Another non-executive Board Member will be the representative of workers, to be elected by the employees of the company. Fabris Peruško is candidate for the Executive Member of the Board of Directors, which will have nine members in total.

„The name Fortenova represents the new strength that will bring new value to our employees, shareholders and all other stakeholders. It symbolizes our commitment to directing new strength towards healthier relationships within the company and in all the interactions that we have. Through the Extraordinary Administration Procedure we have already created much healthier business foundations and we have a clear vision of how to develop and strengthen our core businesses, in order for our operating companies to confirm their market positions. We are at the final stage of this challenging race. The Settlement Implementation is full of demanding steps and requires full engagement from all of us. But since we precisely know what to do, we are confident that we will be able to manage this final stage and are looking forward to successfully passing the finish line and to starting fresh as Fortenova Group, “said Irena Weber, Deputy Extraordinary Commissioner.

“With the Settlement Plan Implementation we are completing the demanding process of rescuing a company which was at the brink of complete disintegration and bankruptcy just two years ago. When my colleague Irena Weber and I took charge of the Extraordinary Administration exactly a year ago, many were convinced that the settlement would not be accomplished within the statutory deadline. Despite all that, we managed to do it. More than 50,000 jobs within the Group, and indirectly many more, have been preserved, the companies’ operations maintained and – even more importantly, their efficiency has been improved. Our good results and growth are not only in the interest of our employees and owners. They are important to all our markets as well, as they mean new investments, new employment and technological exploits, which has a direct impact on the competitiveness of the economies of each of the countries where the new company will operate, in line with the world’s best standards,” said Fabris Peruško, Extraordinary Commissioner of  Agrokor.