The main goal of the extraordinary administration is reaching a settlement with respect to all the creditors. In this section you may find more detail on the structure and the summary of key aspects of the settlement, additional clarifications and different service information, as well as information on the rights and obligations of each of the creditors. 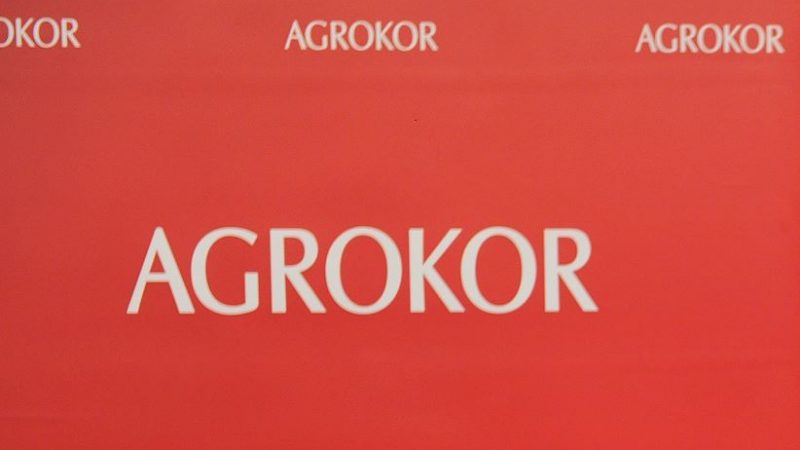 These steps with respect to Agrokor under Extraordinary Administration mark initiation of the process of reaching of a settlement to be decided on by all Agrokor’s creditors whose claims have been confirmed. As stated on previous occasions, the structure of claims being included in the settlement is profoundly complex – cca. 5,700 Croatian and foreign claimants have registered around 12,000 claims relating to different payment classes, and various legal and factual circumstances. The value of recognised claims amounts to cca. 41.5 billion HRK, while the total value of challenged claims amounts to 16.5 billion HRK. It is estimated that the amount of recognised debt toward third parties, i.e. without inter-company claims within Agrokor, is higher than 5.5 billion EUR out of which 4.5 billion EUR relates to the claims from the pre-petition period, while 1.06 billion EUR relate to the financing with super seniority status.

At the beginning of the presentation of the draft settlement plan, the Extraordinary Trustee, Ante Ramljak, reminded the members of the Temporary creditors council if the economic and financial state of Agrokor at the moment of initiation of the extraordinary administration procedure in April this year, when Agrokor was on the edge of collapse under the previous management. Among other, Anter Ramljak, said: “Using the mechanisms provided by the Act on Extraordinary Administration Procedure which was implemented in Agrokor and is based on best world-wide practice of managing systemically important companies facing serious business problems, the Extraordinary Administration of Agrokor avoided bankruptcy of a number of companies from Agrokor, and managed to stabilise the business and initiate the restructuring process. Only because we have achieved sustainability of business of key companies in Agrokor, preserving production, retail and employment, we have preserved also the value for all the creditors and have created the possibility to discuss the settlement today, and consider the future of Agrokor as it will be defined by the creditors”.

The draft settlement plan accepted by the Temporary creditors council offers the creditors a transparent, quick and equitable settlement preserving the maximum total value. In order to achieve this, a total separation of assets from legacy liabilities is provided as well as a separation of old shareholders of Agrokor d.d. from the new group planned to be formed and a full restructuring of pre-petition debt trough a combination of re-instated debt and equity. After the completion of the process, the creditors would present one hundred percent ownership and would take full operational control over Agrokor. The simple transition of ownership of viable businesses will be placed in the hands of the creditors and will thus finalise the extraordinary administration procedure should happen as soon as possible. The law provides for a short period of just one year plus a maximum of three months of extension of the procedure requests fast and efficient actions as provided by the draft settlement plan.

The draft restructuring plan includes incorporation of new legal entities to which the business of insolvent operative companies will be transferred to. The newly formed system will be managed by the holding company. All registered claims shall be restructured through distributable return in form of new instruments issued by the top company of the structure of the so-called holding for efficient distribution of return. Operative assets of insolvent dependent companies shall be transferred to the mirrored dependent companies resulting in sustainable share capital.

The newly-founded companies will carry the sustainable amount of debt, while the remainder of the debt which cannot be paid shall remain with the old insolvent companies which will be liquidated. The sustainable level of debt will be transferred to new companies. Similar as in the bankruptcy procedure the equity value which belongs to the owners is at the bottom of the payment priority list, while procedural cost, secured claims, super seniority claims and unsecured claims and shareholders’ loans to companies facing difficulties have higher priority. This gives reason to expect that the ownership structure will be significantly different, i.e. that the creditors will become owners. It is also expected that the majority of creditors will have to sign off a portion of their claims on the basis of financial projections of businesses/ assets of the entire group. Cash flows of loan providers and guarantors are collectively insufficient to service the debt in reasonable period making the business entities insolvent. Although the estimates of Agrokor systemic value are yet to be completed, it is likely that the companies which have provided loans and were guarantors are worth significantly less then the value of their debt.

In line with internationally recognised standard and practice in case of insolvency, the proposal of the settlement shall be guided by the principle that, where so sustainable, business of Agrokor companies is preserved under the principle of no time limitation by sustaining the profitable operational business and avoiding liquidation of business/ assets at prices characteristic for conditions of troubled business, as well as principle of fair and equitable treatment of all stakeholders.

The calculation of payment of debt is of complex nature and will be based on the entity priority model which shall distribute the value within Agrokor to stakeholders on the basis of their legal rights and ranks, eg. repayment of debt is first arranged for secured claims and those of higher rank, and should there be any left over distributable sum, it shall be distributed to the unsecured and lower ranking claims, and any further leftover value shall be distributed into equity. The analysis through the entity priority model shall be undertaken for each single claim and each single entity, and the model will, including all input data and conditions, be subject to the analysis of the advisors of the creditors council of Agrokor.

The draft of the structure of the settlement supported by the Temporary creditors committee presents a path and next steps necessary to be taken in order to successfully finalise the extraordinary administration procedure in Agrokor with a settlement in place within the legally defined time.

In order to sustain a transparent and inclusive communication with all public, Agrokor has opened a special micro website which may be located at nagodba.agrokor.hr with the intention to communication all information regarding the settlement procedure. The same site will be used to regularly provide answers regarding the settlement procedure which can be sent to the Extraordinary administration by e-mail to settlement@agrokor.hr.

Agrokor Financial Restructuring Project Receives Prestigious International Award in Cleveland
On 26 September 2019 in Cleveland Fabris Peruško was presented with the Turnaround and Transaction Award (TMA) for the financial restructuring of Agrokor, proclaimed by the industry in the USA to be the most significant international procedure of its kind in the world in the ‘international transaction of the year’ category and one of the…
We use cookies on our website to give you the most relevant experience by remembering your preferences and repeat visits. By clicking “Accept”, you consent to the use of ALL the cookies.
Do not sell my personal information.
Cookie settingsACCEPT
Manage consent